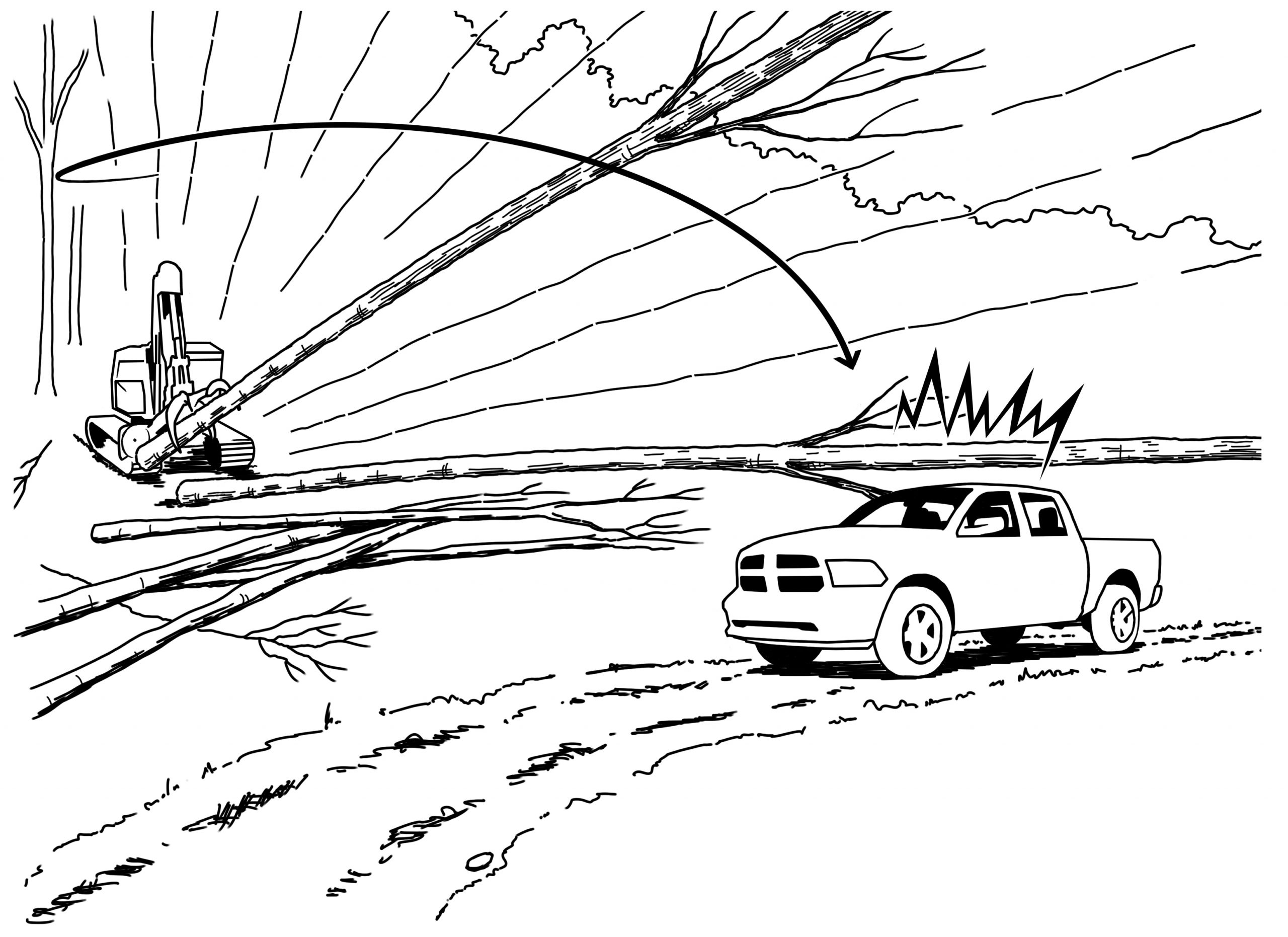 On a summer morning in the Southeastern U.S., a crew cab pickup truck transporting three logging company employees was traveling to the deck to begin their shift. Conditions were clear that day, and weather was not a contributing factor.

A track feller buncher operator was cutting alongside the haul road, fully aware that additional crew members would be arriving soon to start work.

The employees in the company crew cab had traveled about four miles through the woods on the haul road enroute to the deck. The truck stopped along the haul road before arriving at the deck to drop off the skidder driver close to his machine. The truck continued traveling to the deck where the loader and second skidder were located. Other crew members had arrived at the site about 45 minutes earlier and already had begun working.

The track feller buncher operator began cutting along the side of the haul road near the deck. The feller buncher began cutting a 20-inch gum tree that was about 80 feet tall. As the tree was being severed from the stump, the operator lost control of the tree, and it started to fall back toward the machine. Instinctively, the operator used the cutter arm to push the tree away from the cab and toward the haul road.

The crew extracted both employees from the truck and transported them to the intersection of the haul road and state highway to meet emergency medical services personnel. The injured workers were transported to the local hospital, where both were treated and released later in the day. One was diagnosed with a cervical fracture and referred to a neurosurgeon for further evaluation.