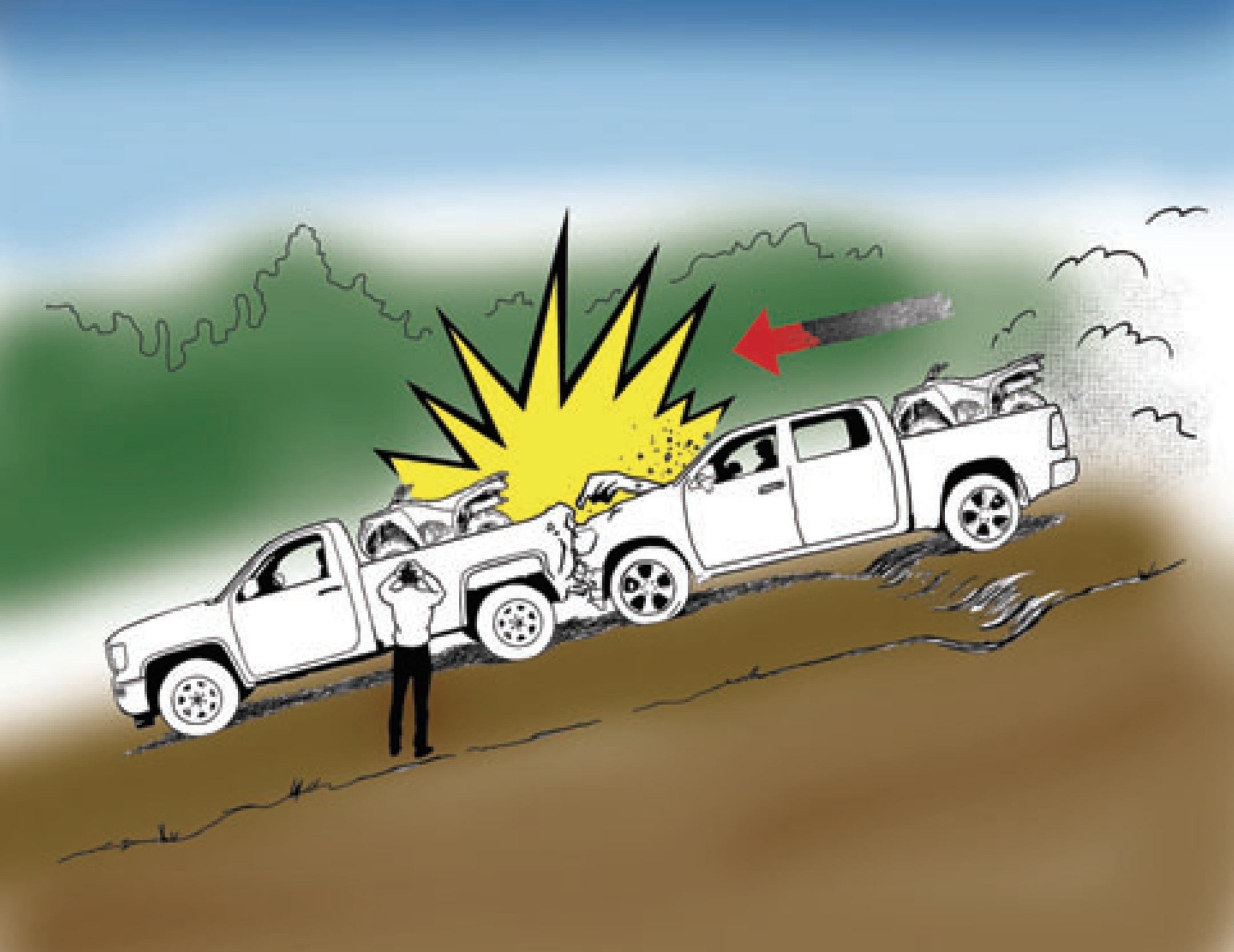 On a late spring day in the Pacific Northwest, two pickup trucks loaded with ATVs were traveling down a major haul road at the end of the day, one behind the other. Dry weather had resulted in dusty road surface conditions.

The drivers’ experience and training were unknown.

The trucks were traveling together, although they were a considerable distance apart. The lead truck stirred up considerable dust, making it difficult for trailing vehicles to see. The dust and a crest of a hill in the road severely limited visibility. Spring road maintenance work had created a large depression in the road surface.

The first truck came over the crest of a hill, and the driver saw the large depression in the road and slammed on the brakes. The truck still hit the depression hard. The driver slowed down to assess if the straps had loosened on the ATV from the impact, but there was no safe place to pull over. The second truck was a few minutes behind. As it came over the crest of the hill, the driver could see the brake lights of the stopped truck in very thick dust. He tried to stop but rear-ended the first truck, causing significant damage.

The driver of the second truck cut his hand on glass when the windshield blew out. Fortunately, his injuries were not more serious. No one else was hurt.

• Leave a safe margin of distance between vehicles. Factors to consider:
–dust and the crest of the hill limited visibility on a narrow road
–traveling downhill
–rough road conditions
–weight of ATV affects braking distance
• Slow down to reduce collision potential and give yourself enough time to react.
• If dust is extremely bad, immediately pull over and stop until visibility has cleared. Look for a turnout or wide spot.
• Drive with headlights and taillights on.
• Let others know by calling on the radio if you encounter a hazard or plan to slow down or pull over, especially in dusty conditions.