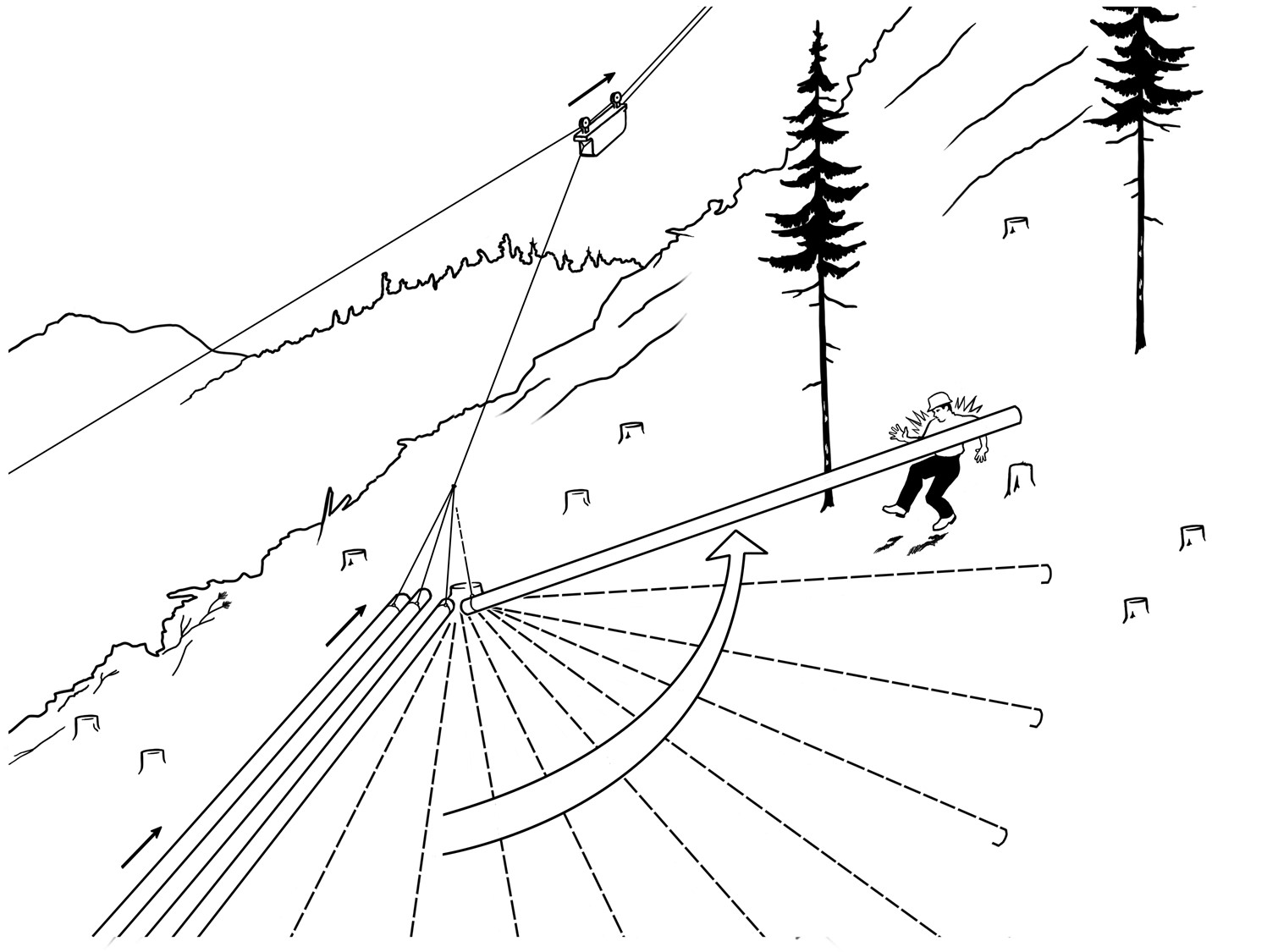 On a spring day in the Pacific Northwest, a logging crew was working in a partial cut timber sale. The ground was fairly flat, and the crew was presetting chokers by using two sets of chokers. While one set of chokers was being sent on the carriage, the other set was being hooked on the next turn of logs. The rigging slinger would stop the carriage at the desired location and remove the set of chokers that were on the T-bar and give them to one of the two choker setters. The chokers were then taken to the opposite side of the skyline and were preset. The rigging slinger would then take the empty T-bar on the end of the dropline to the other set of preset chokers and hook them up to be sent to the landing.

The rigging slinger had been working for the company for about nine months. It is unknown if he had received any formal training.

As the turn of logs started forward, the victim was only about 40 feet from the skyline. He was beside a standing tree when the turn of logs bumped into an old stump, and one of the logs in the turn, about 62 feet long, hooked the stump and swung around. It struck the victim in the upper body and head, and he was knocked to the ground, unconscious. A choker setter witnessed the accident and immediately called for help, and the crew initiated their emergency medical plan.

There was no cell phone service at this remote location, and the company radio did not work, so one employee drove the crew transport vehicle to a location in order to get cell service. The rest of the crew carried the victim out and loaded him into the back of another truck; they covered him with blankets and started driving towards town. The worker who had driven the crew transport vehicle was able to get cell service, and a helicopter was dispatched to pick up the victim.

The victim was flown to a hospital. He was diagnosed with a broken shoulder, broken arm, punctured lung and a skull fracture. Recovery and return to work are unknown.

• Personnel must be in the clear of trees, logs, root wads, chunks, rolling material, all lines and rigging before any lines are moved.
• Each work site must have at least one serviceable and operable two-way radio, phone or radio/phone combination available to reach ambulance service. Citizen band (CB) radios are permitted only as a secondary means of communication.