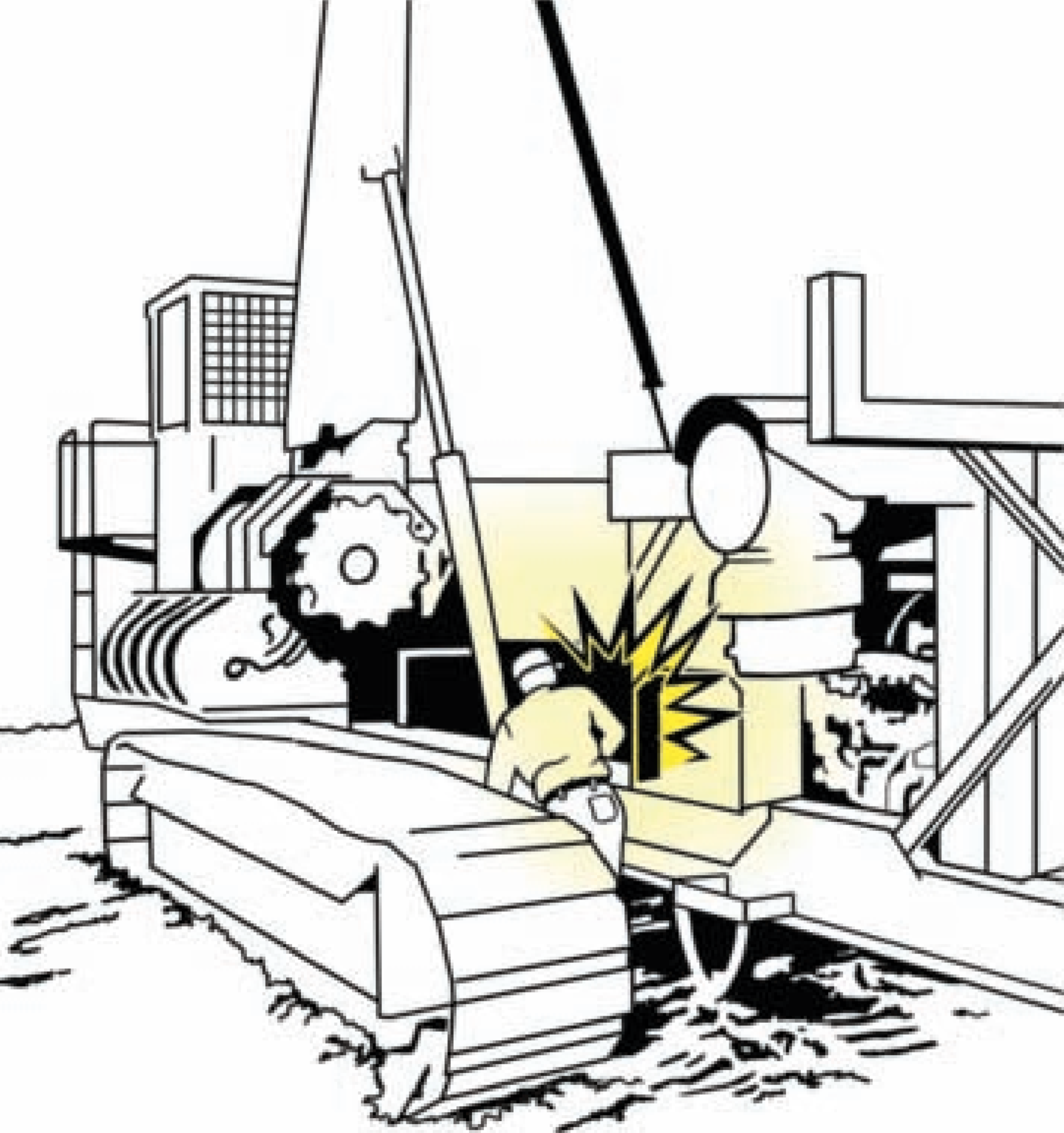 On a winter day in the Pacific Northwest, a cable yarder operator was bringing in turns of logs to the landing. The rigging crew was working downhill from the yard. Weather was not a factor.

The yarder operator’s experience and training were unknown.

The drive shaft of the yarder was unguarded. The yarder engine was running while the operator looked at a problem.

The victim had just brought a turn of logs to the landing. The rigging crew had radioed up to the victim and asked the operator if he could check out why the skyline was stripping off the drum as the turn was being sent in. The victim radioed back and said he would check it out.

The victim exited the cab of the yarder, with the engine still running, and was seen walking back towards the back of the yarder. The victim looked underneath the yarder to investigate an issue concerning the brake drum. A minute or so later, the chaser thought he heard a noise and went to investigate. The chaser walked to the passenger side of the yarder and saw the victim entangled in the drive shaft of the machine.

A piece of the operator’s clothing became caught in an unguarded drive line. The victim became entangled and was fatally injured.

• All exposed moving parts, such as drive shafts, pulleys, belts, conveyors, and gears on machinery and equipment, must be guarded to prevent worker exposure to moving parts.
• The equipment should always be de-energized, with the engine shut down, when examining or repairing the machine.