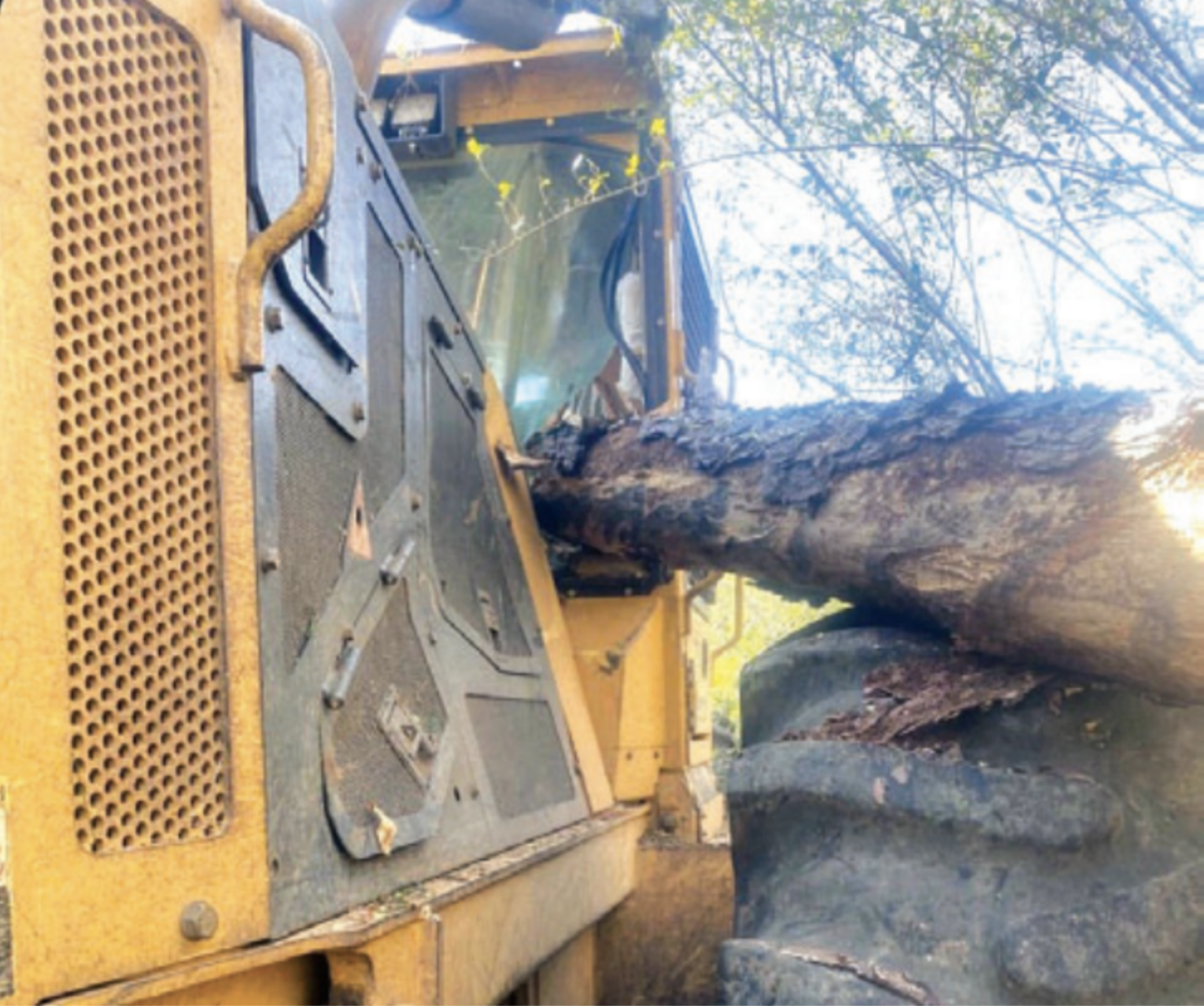 A logging crew was working on a hurricane salvage tract in the Southeast. The harvest site presented hazards common with this type of operation: numerous broken trees with downed stems that were blown over or laying on the ground – many of which were still partially anchored into the ground with their roots with stems under tension.

A skidder operator had been part of this logging crew for five years but had less than one year of experience on the skidder at the time of the accident. He was considered a safe, reliable, hardworking member of the crew. This crew had not had an incident like this in over 10 years.

The crew had been working for a few months and was finishing up at a brow before moving to the next location on the tract. The feller-buncher operator had the skidder follow him through the harvest area to help ensure they could locate remaining drags in the rear of the tract.

With the skidder following close behind, the feller-buncher operator articulated the machine to avoid debris in its path. The back tire of the buncher clipped a root-ball, releasing a 50-foot long, 10-inch diameter stem that ended up in the path of the skidder.

The skidder driver had little time to react and brake —only enough time to let off the throttle. The large stem grazed the front left tire, then penetrated the window of the cab.

The operator was aware of the stem crashing through the window of the cab and was able to avoid a major injury by hastily vacating his seat. The butt of the stem came to rest in the operator’s seat. The skidder driver sustained some sore ribs and missed a week of work.

• Logging is a business with many hazards and requires the full attention of everyone involved in the operation.
• Hurricane and tornado salvage harvests pose additional hazards with broken and leaning trees often under tension.
• Communication between operators should be maintained at all times.
• Logging machines should always maintain a safe working and following distance from other machinery. If conditions are more hazardous, increase the following distance.
• Equipment can often run over logs and other woody debris, causing it to move suddenly and unpredictably. Be mindful and aware of hazards at all times.