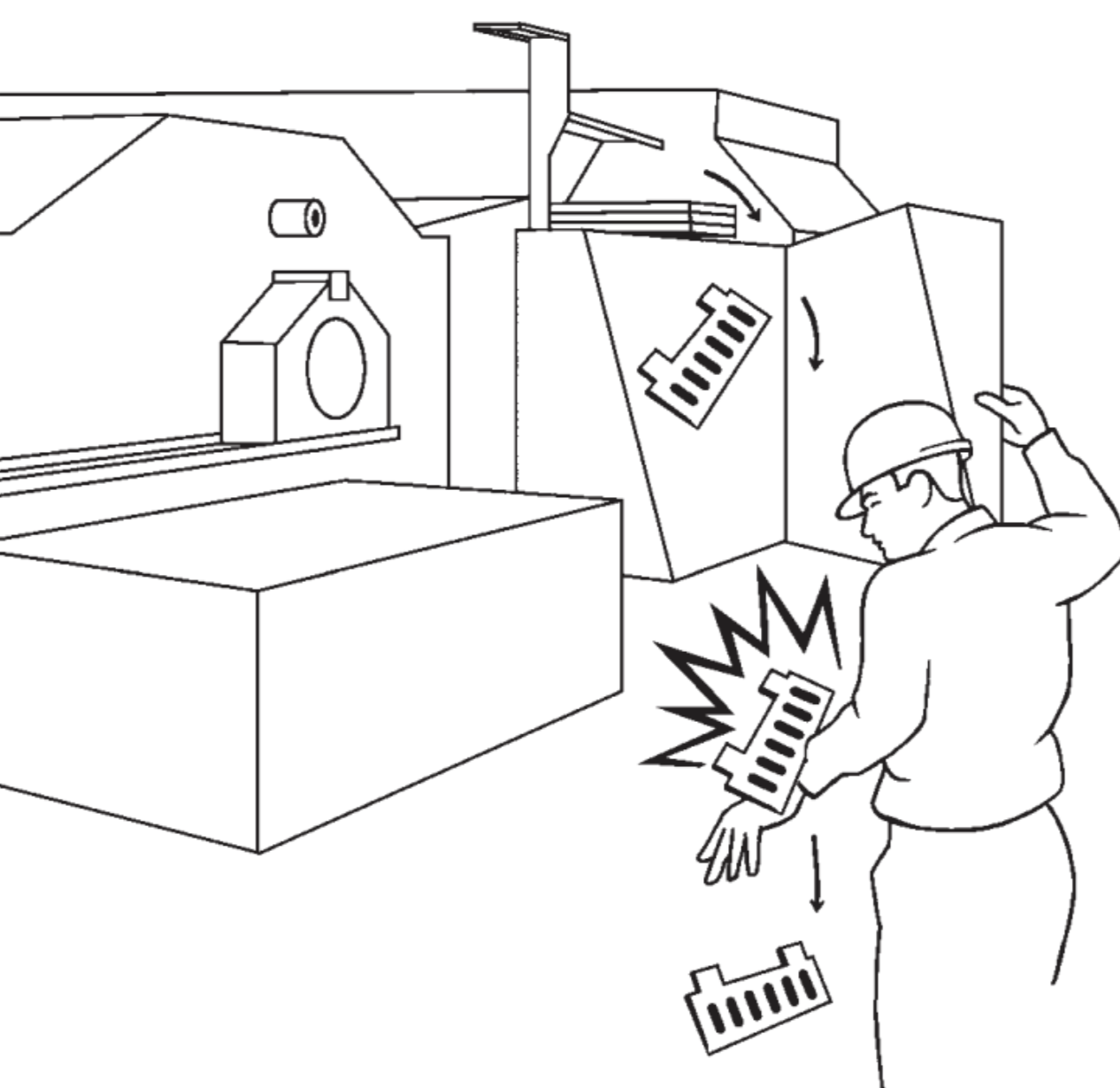 On a clear summer day in the Southeast, a logger was preparing to service an in-woods chipper. The machine was locked out and tagged out in preparation for a knife exchange and other routine maintenance. Weather was not a contributing factor.

The logger had over 30 years of experience operating in-woods chippers and was highly trained in all aspects of timber harvesting. He is a member of several professional associations and actively engaged in various leadership positions within the industry.

Chipper knives were placed on top of the chipper directly over a moving apparatus. Other co-workers were unaware of the imminent hazard while performing maintenance on the machine.

The logger proceeded to open the control panel door to access the grease fittings during maintenance procedures. The logger was unaware that another employee had placed the sharpened knives on top of the control panel. The knives were not placed in a wooden transport box, and their positioning was especially hazardous since they were left straddling the hinged portion of the panel, which allows the door to open. Once the door began to swing open, the stacked knives fell onto the logger, who was looking down and unaware of the imminent hazard above.

The knives fell about three feet and onto the logger’s left arm, inflicting serious lacerations and extensive muscle and tendon damage in the forearm. A knife also fell on his foot; the outer edge of his boot was sliced off, but the steel toe diverted the knife away, preventing any injury.

Other crew members immediately administered first aid, applied a tourniquet, and called 911. The victim was transported by company truck to meet the Emergency Medical Technicians at a nearby intersection. After triage by on-site paramedics, he was airlifted to a regional trauma center for further medical treatment.

Always transport chipper knives from storage location to the chipper in a wooden transport box or similar container.

Designate a safe area for knife box placement on the chipper during servicing.

Always attempt to identify potential hazards in your immediate workspace before performing tasks.