Lumber prices rose by more than 250 percent in the last year, according to Business Insider. The National Association of Homebuilders says the increases added more than $24,000 to the price of the average single-family home.

Like other products, lumber prices surged amid the pandemic as sawmills were forced to close or slow production. At the same time, the COVID pandemic spurred an increase in home improvement projects as stuck-at-home consumers spent money on their homes. The confluence of a low supply of lumber and increased demand for lumber has seen prices escalate.

This year’s building season is fueling even more demand for lumber while the supply remains low, leading some experts to predict prices will stay high.

The circumstances are similar to the aftermath of Hurricane Harvey, though on a smaller scale. Then, lumber prices went up by 30 percent from August 2017 through January 2018, according to the National Association of Home Builders.

The Nasdaq composite shows a relatively consistent rise in the pricing of lumber over the last six months, with spikes in December of last year, and February and April of this year.

Rising lumber prices are generating nice profits for sawmills. Weyerhaeuser and Canfor reported record earnings for the first three months of 2021. They are feasting on a glut of cheap pine timber in the U.S. South. Their finished goods, like lumber and plywood, are flying off the shelves in stores and lumber yards and are being bid up by home builders.

Lumber futures delivery later this month ended recently at $1,575.60 per thousand board feet — a record and more than four times the typical price this time of year. Futures rose by the daily maximum allowed by the Chicago Mercantile Exchange during nine of April’s 21 trading sessions. Exchange rules remove daily trading thresholds during the month in which a futures contract expires, which means May futures have no limit to how high they may rise before the 15th, when the bets are settled. On Monday, May futures shot up $75.60, the most ever in a single day.

On-the-spot prices for 2×4 and other wood products also have jumped to fresh highs, according to Random Lengths. Traders worried about being left empty-handed capitulated, and the firm’s framing-lumber-composite price made its highest ever weekly gain, ending April at a record of $1,290.

“Nervousness on the part of many traders was palpable, as they considered what the downside of the run might look like,” Random Lengths said in its weekly report. 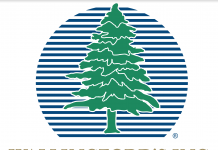