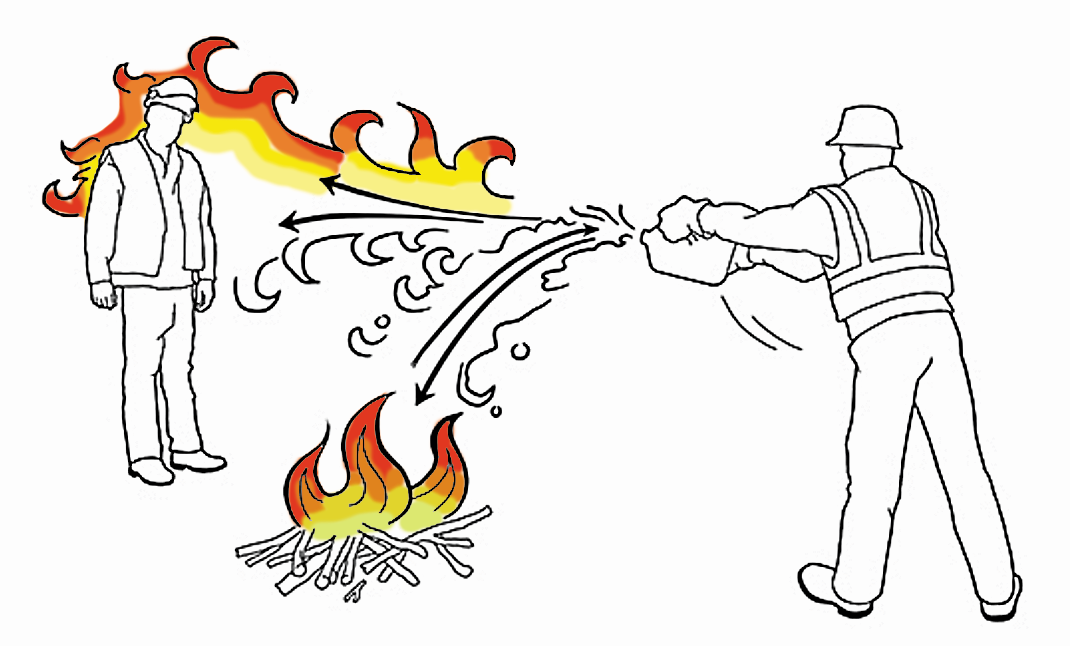 On a late fall day in the Pacific Northwest, a logging crew was standing by a warming fire during their lunch break.

It is unknown how much training or experience the crew had.

Via skyline, the choker setter on the yard sent the crew their lunches and milk jug filled with fuel for a warming fire (the mixture was 3/4 diesel, 1/4 gas).

The skyline was lowered to the ground and the landing crew began moving the guy line. During this time, a fire was built, and the rigging crew huddled around the fire to stay warm. The fire began to die down and the choker setter decided to add some of the fuel mix to the fire.

When the choker setter splashed the mixture onto the fire, the flame from the fire went back to the jug, and the remaining mixture exploded and shot onto the victim who was standing near the choker setter and the fire. The fuel mixture covered the victim’s left arm, chest, left side of his neck, and part of his face.

The victim sustained burns to 25 percent of his body. He was hospitalized for approximately six weeks.

Use of accelerants to start fires is exceedingly dangerous. Accelerants should never be poured on to fires once started.
Employers must verify that all current and new employees have received adequate job safety instruction and training.