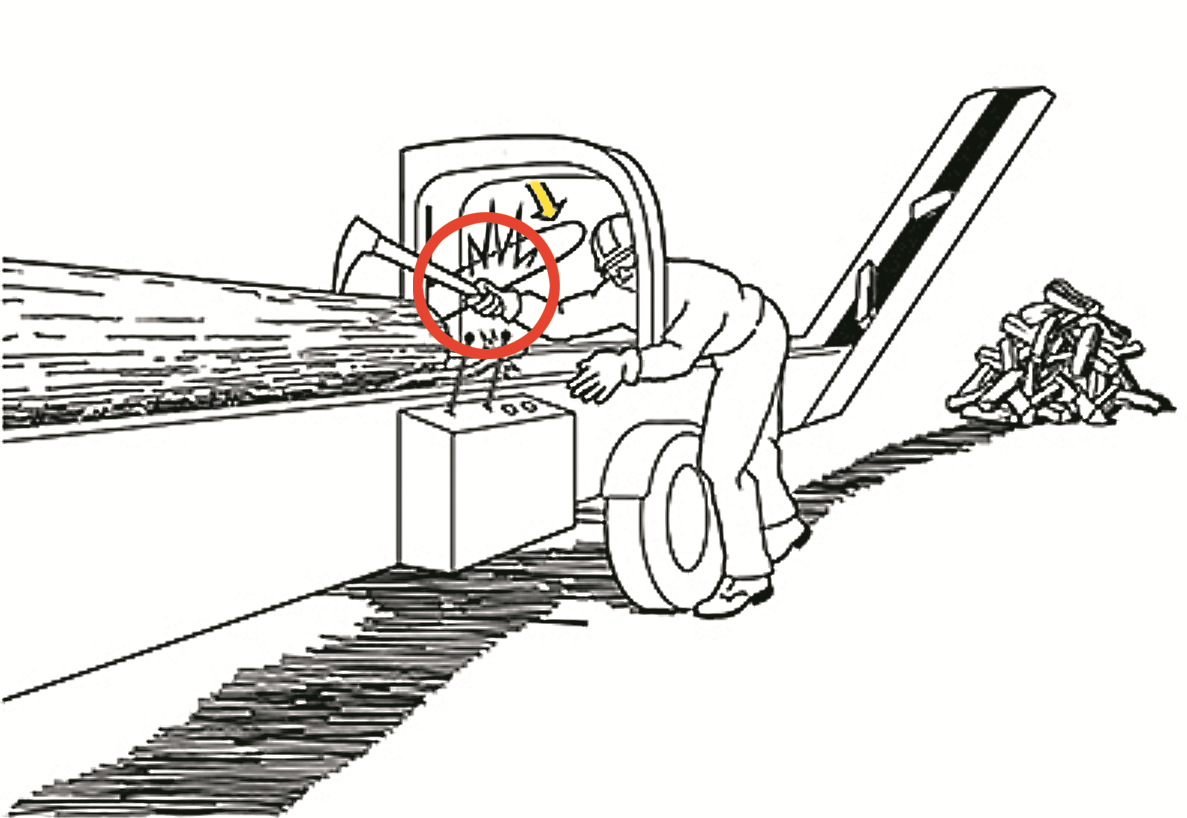 During the summer in the Lake States Region, the owner of a firewood processor nearly severed part of his arm when a chainsaw head was accidentally engaged.

The owner was loading logs onto the loading deck of a firewood processor as the operator was feeding 100-inch logs through the processor to be cut to length by a chainsaw and then pushed through the splitting head. A log became jammed on the in-feed of the processor. The owner got a picaroon to loosen the log. Prior to attempting to free the jammed log, the owner shut off the chainsaw cutting head, but he allowed the processor to continue running.

As the owner reached to loosen the jammed log, he put his arm under the chainsaw head. As the log was freed, a branch kicked up and hit the chainsaw head switch, which engaged the chainsaw. The saw came down on his forearm just above the wrist, severing the ulna and partially cutting in the radius.

The owner immediately yelled for help. The operator shut off the power to the firewood processor. A neighbor heard the screams and immediately came over to assist the owner. He was rushed to a nearby community hospital and then transported by helicopter to a regional hospital.

He is recovering and receiving physical therapy. He has all feeling in his hand and fingers.

The owner did not instruct the operator to completely lock out the
firewood processor to a zero energy state. He only disengaged the chainsaw cutting head.

• When the machine needs to be accessed, make sure it is locked down to a zero energy state.
• Do not become complacent in following safety first.
• Do not reach into the cutting or splitting head section of the machine while it is running.
• Make sure all safety guards are in place.
• Have a first aid kit that is easily accessible on-site.