The House and Senate have passed their versions of the Farm Bill. Next, the leadership in both chambers will put together a conference committee to negotiate the differences in the two bills.

The House version has been praised by several groups in the forest products industry. The Hardwood Federation, for example, noted the House bill is favorable to the hardwood industry in a number of areas. The House version reauthorizes and fully funds the Market Access Program (MAP) and the Foreign Market Development Program (FMDP) and gives them added protection from arbitrary budget cuts.

It also includes provisions of the Timber Innovation Act (TIA), which promotes use of wood products in taller structures — generally those higher than six stories.

And it includes re-authorization of programs that incentivize forest biomass energy. The Community Wood Energy Program (CWEP) was authorized at a much higher level in the House version and its scope was expanded to include grants for constructing innovative wood products facilities.

The Senate Farm Bill also funds and reauthorizes the MAP and FMD programs and protects them from funding baseline elimination.

The major difference between the Senate and House versions, from the perspective of the Hardwood Federation, is the Senate’s treatment of the CWEP. The Senate version simply reauthorizes the program at $5 million per year over the life of the Farm Bill.

The American Forest Resource Council, a forestry industry group focused in the West, praised the House Farm Bill, which it said includes a “robust” forestry section. It pointed to expedited reviews process under the National Environmental Policy Act for salvage timber projects and streamlined consultation procedures for the Endangered Species Act.

It was not so kind in its assessment of the Senate Farm Bill, which it is said “lacks meaningful forest management reforms.”

The House FY 2019 bill for the Department of the Interior would boost the Forest Products budget line item by $15 million and Hazardous Fuels reduction funding by $63 million – both significant increases. The Senate Appropriations Committee approved its Interior funding bill, which provides more modest increases. Under the Senate proposal, the Forest Service would see a $5 million increase in Hazardous Fuels reduction funding and a $2 million increase for the Forest Products program. The Senate bill includes strong report language related to timber targets and expediting timber sales in insect and disease infestation areas.

The Forest Service expects the 2018 timber harvest to be the biggest in 20 years with sales of 3.4 billion board feet. That’s the word from interim Forest Service Chief Vicki Christiansen, who appeared before the Senate Energy and Natural Resources Committee.

The Forest Service is also picking up the pace on forest thinning in response to wildfire threats, and more aggressive action is still on the way. The increase is a result of the approved forest management expansions in the omnibus spending package for FY18 passed earlier this year in Congress.

“The combination of these new tools and the fire funding fix are already changing the way we get work done,” said Christiansen. “It’s no longer business as usual.” She was referring to the legislation’s establishment of a disaster fund that will negate the need to raid non-fire-related accounts to pay for wildfire suppression.

Hardwood industry leaders met with Ted McKinney, undersecretary of agriculture for trade and foreign agricultural affairs, to remind him of the importance of trade to the hardwood industry and its contributions to the national economy. The executive directors of the Hardwood Federation and the Hardwood Export Council participated in the meeting and also briefed him on the different views in the industry about exporting logs to China.

According to McKinney, Secretary of Agriculture Sonny Perdue is focused on communicating the importance of agricultural trade, including forest products to the White House. The Trump Administration is involved with multiple trade-related negotiations, including talks with China, the European Union and NAFTA partners. 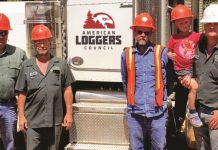 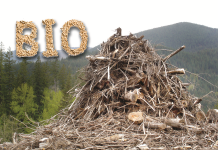