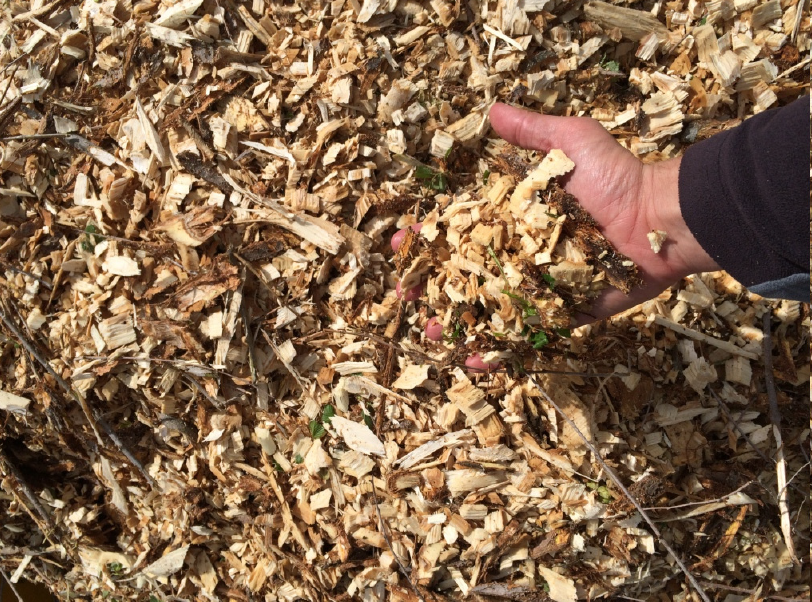 While specific biomass opportunities, such as pellets, remain strong, the overall biomass market remains soft, according to Tim Gammell, editor of the North American Wood Fiber Review (NAWFR). A few bright spots on the horizon include the anticipated growth of the Japanese market in the next few years and proposed legislation in the United States which would provide grants for the wood heating systems in public institutions. Overall, however, the biomass market in the United States has been hindered by the low price of gas.

Gammell said that to understand the biomass market you have to follow the price of oil. “As it dropped off from $100 per barrel to $45 now maybe $55 or $60, that has driven a lot of the market away from using woody biomass,” he said. “A lot of pulp mills and even sawmills have said, good grief, we can’t ignore the fact we can get natural gas as a way to fire our dry kilns as opposed to investing more money in woody biomass.

“Oil for me is the key thing that has happened, along with natural gas,” Gammell continued. “A lot of that comes back to the fracking boom that has been going on in the United States. Ever since then, woody biomass usage, which was growing nicely, has stalled, broadly speaking, and declined.”

NAWFR has tracked wood fiber markets in all major regions of the United States and Canada for almost 30 years.

“Everywhere you look, mill residues or material right out of the woods, there is an abundance of it, and prices have fallen significantly,” Gammell noted. In 2015, biomass prices started dropping dramatically, following gas and oil prices that began to trend downward in 2014.

Gammell offered that policies have propped up some markets such as in the United Kingdom and in Canada, where the federal and provincial governments have recognized the importance of biomass. As a result, the biomass market has been more active in such countries. In the absence of sufficient policies in the United States which recognize the sustainability benefits of pellets versus nonrenewable sources, corporate decision makers are still gravitating toward the cheapest energy option.

The EU market remains very strong. According to Pellet Mill Magazine, almost 29 million metric tons (MT) of wood pellets were manufactured worldwide in 2016. About 14 million MT were produced within the European Union (EU), contributing to its total consumption of 21.7 MT. Most of the remaining 35% was sourced from North America, predominantly from the U.S. Southeast. Most of the six million MT exported from the Southeast goes to the United Kingdom (UK), according to Gammell, a country that continues to be supported by proactive policies. BC pellets have become supplanted over time by Southeast pellets, which are roughly half the distance to ship.

Five new industrial-scale projects are expected to come online in the EU between 2018 and 2020, providing an additional demand of over four million MT annually. Gordon Murray, executive director of the Wood Pellet Association of Canada, suggested, “The European industrial market is continuing to grow. In the next three years there will be several large new industrial projects coming on line. Lynemounth Power and MGT Power in the United Kingdom will be coming on line, as well as four coal-to-biomass conversions in the Netherlands…The European heat market is continuing to grow organically at a rate of about 10% per year.”

One recent study questioned the sustainability advantages of biomass as an energy source, saying that wood pellets burned in European and U.K. power plants emit more CO2 per kilowatt hour than that generated by coal. Authors of the report say this is because wood is both less efficient at the point of combustion and has more significant processing and supply chain emissions than coal.

“A molecule of CO2 emitted today has the same impact on the climate whether it comes from coal or biomass,” said Prof. John Sterman of MIT, one of the researchers. “Declaring that biofuels are carbon neutral, as the EU, UK and others have done, erroneously assumes forest regrowth happens quickly and fully offsets the emissions from biofuel production and combustion.”

The research has been challenged by UK experts, however. “It’s vitally important to understand how economics and science work together in the real world. In this study, there are highly unlikely scenarios being modeled, which results in worst-case conclusions,” stated Benedict McAleenan, head of Biomass UK.

“The MIT report uses unrealistic scenarios which do not take account of how we source our biomass in real life,” argued Andy Koss, CEO of Drax Power in the UK, a leading UK utility. “The sustainable working forests we source from supply other industries – including construction and furniture making – with high-grade timber. We take the low-grade material to make compressed wood pellets. This includes tree tops, limbs, sawmill residues, misshapen and diseased trees, as well as thinnings – small trees removed to maximize the growth of the forest.

“Since Drax upgraded half of the power station to use biomass, those generating units deliver carbon savings of more than 80% compared to when they used coal. This takes account of our supply chain and is an independently audited figure.”

One potential opportunity for cleaning up sawmill residuals is a program called the Community Wood Energy Program (CWEP), which the Hardwood Federation and other groups are advocating to include in the Farm Bill. The initiative would provide grants for installing advanced wood heating systems in public institutions to the tune of $250 million over five years, and cover up to 35% of the installed cost of high-efficiency wood heating systems. The group wishes to expand the program’s scope to include private institutions and provide the funding needed to deliver its goals. “Feedback from committee staff and leadership has been generally positive,” the Hardwood Federation reported in its January newsletter.

Another emerging market is in Japan. In the wake of the Fukushima nuclear accident in 2011, that country has shifted policy in support of biomass energy. According to FutureMetrics research, it anticipates Japanese wood pellet demand will increase from 500,000 MT in 2017 to 23 million MT in 2025.

Gammell believes that Japanese policymakers are making “all of the right policy decisions” for that country to be the next major pellet destination. Given British Columbia’s proximity to that market, he anticipates it being an excellent opportunity for BC pellet producers.

Another positive aspect of BC pellet production, Gammell noted, is its reliance on residuals. “The BC pellet sector basically grew up around sawdust and mill residuals,” he said. “The pellet sector really formed as a way to handle a glut. Their primary feedstock is mill residues.”

“Japan has some clear sustainability and greenhouse gas renewable policies, so it (BC pellet material) fits very well,” Gammell said. “Japan has long imported pulp quality chips from the West Coast. They have a reputation for being very thorough and slow to act, but when they do act, they are quite reliable. They are a great market for industrial pellet production off the West Coast. That’s a very positive thing.”

Some companies are trying to look for ways to use recycled urban fiber. Murray explained, “This will be difficult because power producers are not allowed to burn pellets made from recycled fiber. And international pellet grades stipulate that recycled fiber can only be put into the lowest grade – “B” – which has a very low selling price and low demand.”

So, while there are some bright spots on the horizon, biomass markets continue to be mainly at the mercy of oil and gas prices for the immediate future.