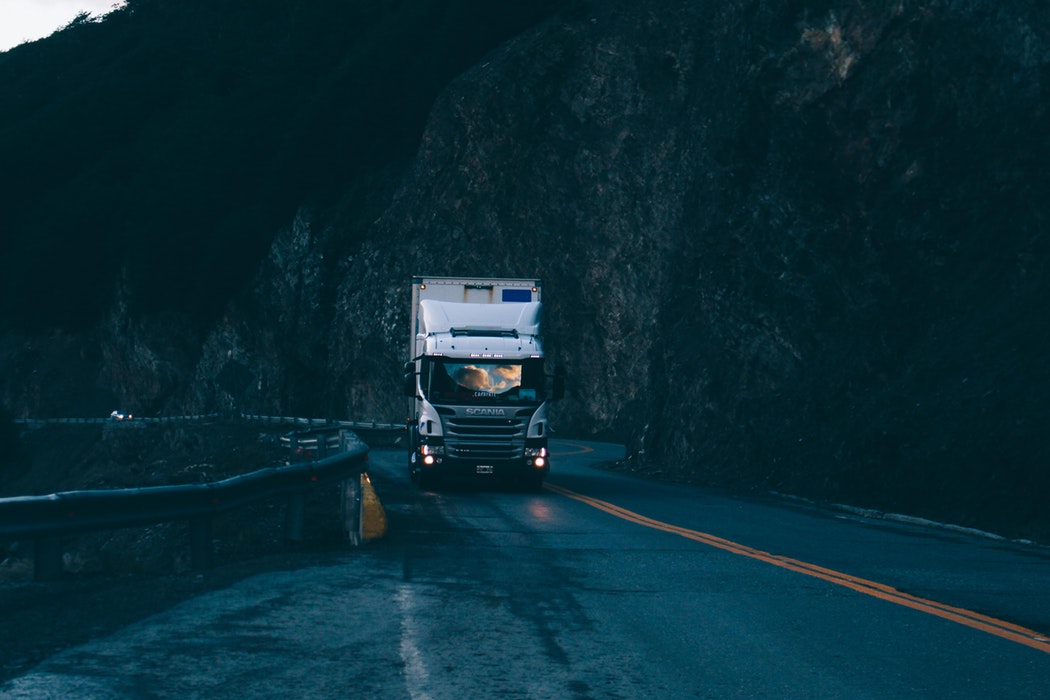 The speed limit was 35 miles per hour, and the log truck was overloaded. As the truck went into the curve, the trailer began leaning hard to the right–towards the outer lane of traffic where a passenger car was.

In the late morning of a fall day in the Southeast, a log truck was traveling through town on the way to deliver a load of (random-length, double-bunked) pulpwood to a mill. The weather was mild and overcast, and the road surface was dry.

The driver had positioned his rig in an inside lane of a four-lane road with a median strip dividing both directions of traffic. As he approached a left-hand curve, a passenger car was close behind him in the adjoining, outer lane going in the same direction. Two foresters who worked at the mill in question were driving toward the log truck from the opposite direction and noticed the log truck approaching the curve.

The truck driver’s age and commercial driving experience are unknown.

The speed limit was 35 miles per hour, and in the estimation of the foresters, the log truck was overloaded and was exceeding the speed limit. As the truck went into the curve, the trailer began leaning hard to the right–towards the outer lane of traffic where the passenger car was.

The driver did not slow down in the curve, and the trailer leaned farther and farther to the right.

Both foresters expected the tractor-trailer to tip over and anticipated that the car directly behind it would smash into the truck–and that a serious wreck would result.

Fortunately, the trailer did tip not over, and the driver was able to maintain control and continue on. The foresters noted that if one wheel edge of the log trailer had run up against the median strip while negotiating the curve, the trailer would almost certainly have toppled over.

The foresters drove to the mill after lunch and reviewed the pictures that their mill’s cameras had taken of each truck at the scales. They found the truck that they had seen and noted that the load was excessively overweight. They were able to determine the wood supplier for whom the trucker hauled and planned to contact the supplier to discuss the unsafe actions they observed (and to remind the supplier about the mill’s overweight load follow-up/penalty policy).

• Drivers must follow posted speed limits for the roads and conditions they encounter. Depending on the load’s center of gravity and other load and road conditions, traveling right at the speed limit may still be too fast.

• Drivers should be trained to understand load dynamics and center of gravity. A double-bunk load can be more susceptible to rollover than a treelength load because the back bunk typically is fully loaded and the gap between the two racks of wood makes it easier for the log trailer to flex.

• Overloading a log trailer can result in unsafe handling conditions and presents a hazard to the truck driver and others on the highway.

• Many logging and trucking contractors use on-board or portable platform scales to ensure they do not haul loads that exceed the state weight limits.

• Use “close calls” as opportunities for employers to review regulations and safety procedures with drivers and crew members.