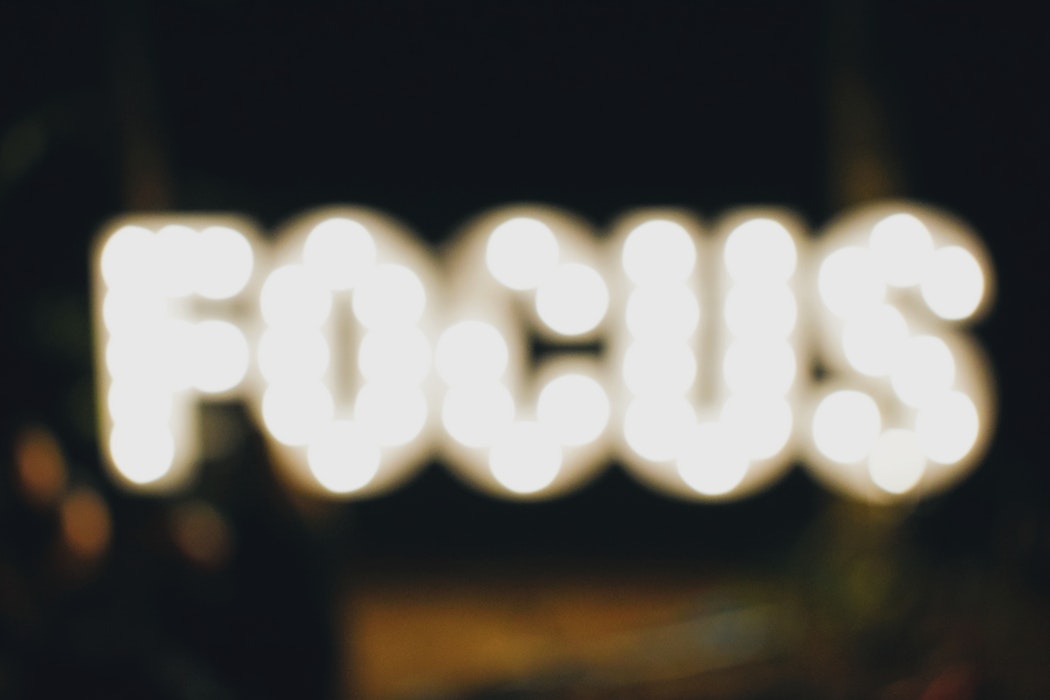 Seneca Sawmill Company, based out of Eugene, Oregon, has many best practices like celebrating employee longevity, promoting from within, holding an annual picnic for employees and their families, and paying a family wage, even to entry-level workers. This article explores some of the best practices that have helped Seneca keep its best talent for the long-term. Some of these ideas are strategies that your business might want to consider to boost employee retention.

Todd Payne began working at Seneca Sawmill Company as a forester right out of college, and now, 26 years later, is the company’s president and CEO. His longevity is not unusual at Seneca, where you’ll find many employees in various jobs, including management roles, who started out in entry-level positions many years ago.

Seneca has two manufacturing sites, including four sawmills, with an annual capacity of 650 million board feet and 430 employees. The company also owns and manages approximately 170,000 acres of sustainably managed timberlands and has a state-of-the-art renewable energy facility, where wood biomass is converted into renewable energy.

The company has come a long way from the single sawmill bought in 1954 by Aaron Jones, a soldier recently returned home from World War II, with the little money he had saved up. Jones not only wanted a way to earn a good living for his family, but he also wanted to help his community by putting others back to work during hard times, when many mills were closing.

And even though Seneca has seen tremendous growth, it still relies heavily on the core values held by Jones and his commitment to his employees. Today the mill is still a family business, owned by Jones – three daughters: Becky, Jody and Kathy.

“He had very simple core values for the company that we still practice today,” said Payne. “His daughters share the same passion, pride and commitment that Aaron shared in our employees, manufacturing facilities and timberlands.”

“He always wanted to create an atmosphere that a person could come and have a good job at a good wage and work in a good environment,” recalled Jody Jones.

Visitors to Seneca’s Eugene headquarters are usually very interested in a wall in the hallway that honors employees who’ve been with the company for 25 years or more, said Payne. “They’re just astonished in this day and age about people staying within the same company for that long. But I think it’s a testament to who we are and what we stand for,” he said.

Seneca makes it a best practice to really celebrate employee accomplishments such as work anniversaries. Not only does it have the “25-year wall” in its headquarters, but it sometimes rewards employees reaching special milestones.

For example, recently it honored two long-term employees, Gary Phelps, who’s been with the company for 45 years, and Richard Gonzalez, 40 years. Phelps was awarded a goose and duck hunting trip for two in Eastern Washington, including lodging and spending money, and planned to take his twin brother Larry. Gonzalez was awarded two tickets to see the San Diego Chargers play the Miami Dolphins in San Diego. Gonzalez, who’s never seen an NFL game live, planned to take his mother to see the game with him.

Both Gonzalez and Phelps were recognized in Seneca’s monthly newsletter in November with a photo showing them with two of the company’s owners, Jody and Becky Jones, and Casey Roscoe, senior vice president of public relations.

The four-page newsletter also features hunting pictures of several employees with their mule deer, lists employee anniversaries and birthdays for the month, and also has a list of “Days since your department and shift has had a Loss Time injury” to recognize employees for the various departments for their safety record.

It also announced to employees the days when they could pick up their Thanksgiving turkeys and Christmas hams, which are given to each employee annually.

A monthly or quarterly newsletter can be fairly simple to put together and inexpensive. It can be a one-page flyer or consist of several pages. Besides the topics we’ve already mentioned here, the newsletter can include company news and achievements, the names of new hires and retirees, safety tips, and any other information you’d like to include. If you don’t have an employee designated to handle this sort of thing, consider recruiting a volunteer within the company who has a knack for writing or graphic design and allow them several hours a month to work on the newsletter.

Best Practice #3: Hold Events for Employees and Their Families

Think about hosting an event for employees and their families so that they know they’re appreciated. It can be anything from a bowling or movie night at a local venue, to a dinner at a nice restaurant, or a friendly sports activity like a baseball game followed by a picnic at an area park.

Seneca holds an annual company picnic for approximately 800 to 1100 people. “It is similar to a fair in that there is so much to do like zip lines, a rock climbing wall, bouncy house, blow-up slide, pony rides, BINGO, watermelon eating contests, face painting, balloon animals and much more,” said Casey Roscoe. “We also give away tons of prizes including trips, flat-screen TVs, iPads, camping gear, etc.”

“Aaron’s philosophy was to always maintain a family focus and a family atmosphere,” said Payne. “We do a lot of things to maintain that family culture here, the annual picnic being just one of them. It’s really kid-oriented, and it’s a great time for our employees to take a break.”

Best Practice #4: Promote from Within Whenever Possible

“We do try to promote from within,” said Payne. “Typically employees come here in an entry-level position, such as a cleanup job and then move up into a machine-oriented job based on their work ethic and skill set. We advertise openings internally and also have an open interview process.”

“I came to Seneca directly out of college. I had a business degree, not a forestry degree, but my family had been in the wood products industry so it was in my blood. What Seneca provided me was an opportunity, and they definitely award people for effort,” Payne commented. “Those that are willing to learn, they can do well here, and our motto has always been that we prefer to promote from within.”

Seneca also promotes and sponsors an apprenticeship program for the electrical trade, according to Payne. At least two employees, selected from existing employees, per year are accepted into this four-year program so there are typically eight employees going through the program at any given time. The employees work full-time and go to community college two evenings per week to learn the trade so they can become licensed through the state.

“We typically pick employees that have been here a while and are looking to add to their skill set,” Payne explained. Seneca pays for the college tuition, but there’s also a “pretty rigorous commitment” on the part of the employees as well.

“Programs like this provide a lot of benefit, and it also builds loyalty,” he said.

Best Practice #6: Create Some Flexibility in Scheduling Options if Possible

Most new workers start out on the swing shift, and some elect to stay on that shift, though the mill sometimes finds it harder to staff it, according to Payne.

Some workers really benefit from the swing shift, in that they can go back to college during the day, or care for a child while their spouse works to save on childcare expense.

Though it may not be possible for smaller mills or pallet businesses to have more than one shift for production workers, there may be some jobs at your business such as accounting or sales that could be done offsite or on an alternate schedule. And if having some flexibility in scheduling will help you retain a worker you dont want to lose, it might be worth considering.

“We pay a good family wage; entry-level is just under $16 per hour and the wages go to the low $30 range for skilled workers, such as electricians,” said Payne. Seneca also offers its employees a full suite of benefits including medical, dental, vision, matching 401k plans, and paid vacation and holidays.

Seneca makes it a priority to provide entry-level positions to those in the community, especially younger people right out of high school. “For us, it’s making sure that the younger generation understands that there are other opportunities out there, not just college, and that there are companies still willing to provide great opportunities to make a career,” he added.

Seneca actually gets a lot of its new recruits through word of mouth, according to Payne. That’s one reason the company has a lot of employees who are also family members. “We’ve got brothers, fathers and sons, uncles and cousins,” he said.

Regardless of how you do it, let your employees know they’re valued. “They want to feel valued and appreciated,” suggested Payne, explaining that for Seneca, “Our employees truly are our Number One asset.”

If you can’t afford to do anything else, make sure to at least tell employees when you notice that they’re doing a good job, or have a conversation with them to let them know that because they do a good job, they have job security with your company. It doesn’t cost anything to do this, and might give the employee the peace of mind they need so they don’t look elsewhere.

Since the majority of Seneca’s employees live within a 30-mile radius, and are from the Eugene-Springfield area, Seneca often sponsors community programs like 4-H and sports teams, especially when employees or their children benefit.

“We do a number of things that our employees and their families directly like,” said Roscoe. Besides sponsoring activities and sports, the company gives shirts to employees participating in physical competitions like runs or bike races and also pay half of the entrance fees, she said.

“Employees get a direct benefit from it, they seem to love it, share it on Facebook and want to make sure their friends and relatives know what we do because it makes them proud to work here. Being proud of the place they work may contribute greatly to them choosing to spend a lifetime here,” she explained.

The company co-sponsored the Seneca House, a home built for veterans to give them time to transition back into society, and the Kalapuya Barn, created at a high school so kids could gain real hands-on learning both through the creation of the barn, and then through working the surrounding land; and donated all the wood to build the Pete Moore Hospice House. It also donates wood for Habitat for Humanity to build houses, and to the Community Firewood Program for the senior citizens, disabled, or low-income households.

The list of charitable giving and community projects goes on and on for Seneca, where employees even organize their own Toys for Tots drive each year.

Obviously not all businesses can give at the level that Seneca does, but keep in mind that giving back to your community at any level is important. Not only can you write off many donations, but giving helps to build the morale of employees who live in the community, lets them know you support them in their personal achievements, and tells them you support families. When they represent your business to help others, it also helps to build a sense of teamwork.