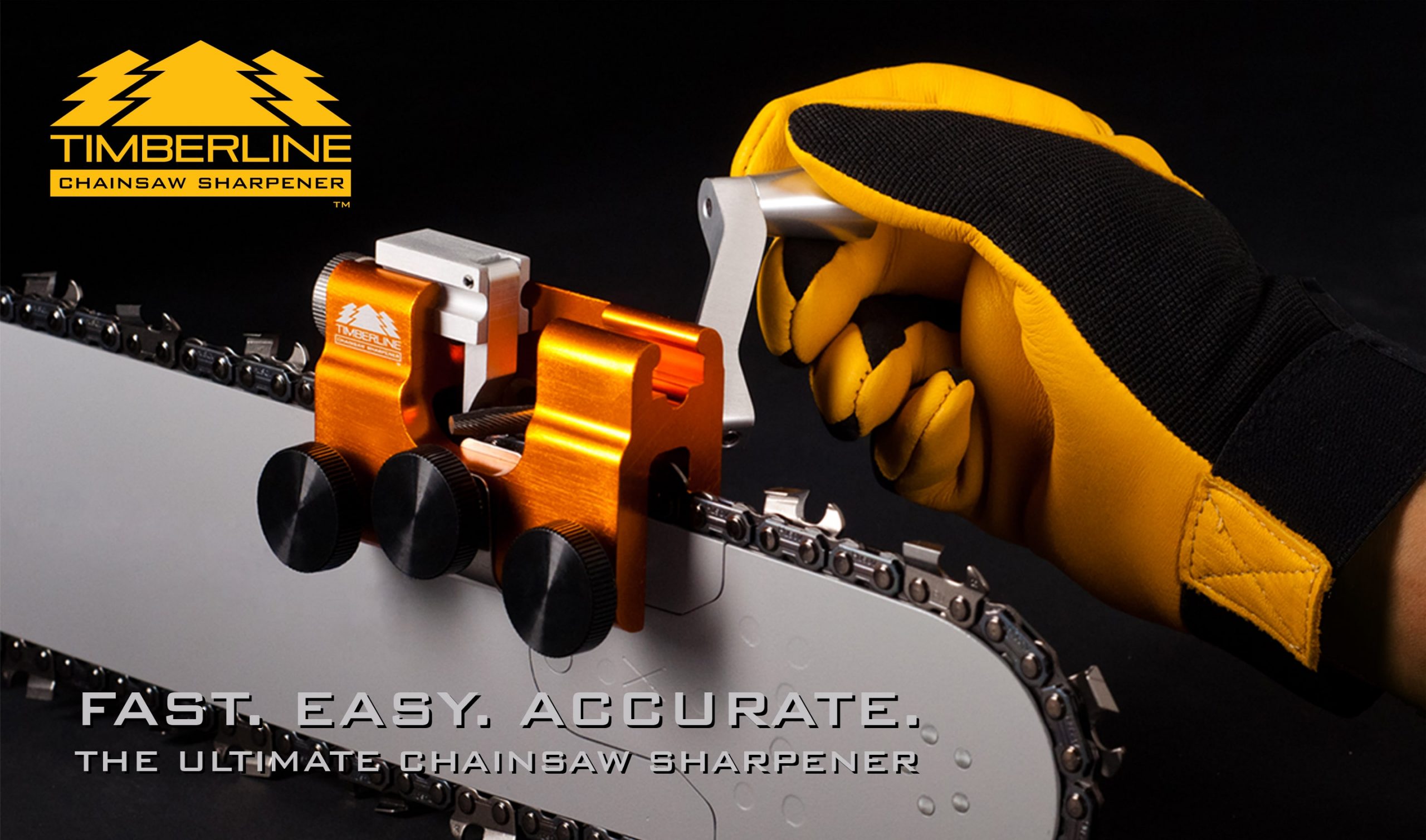 It was through the Idaho Innovation Center (IIC) that Krantz learned of the inventor interested in selling the basic design. The IIC is a business incubator in Idaho Falls, Idaho where people with ideas for start-up companies can get technical and business management assistance.
Once he had perfected the design for the sharpener, Krantz set about finding the right manufacturing facility. “I went through a couple of companies in the United States.” The main carbide component – “a tungsten rod,” had to be machined to exacting specifications. A company in the Golden State does the work for Timberline.
For firewood and land clearing, Krantz’s choice in a chainsaw has always been a Husqvarna or a Stihl, he said. As for running a business, so soon after completing college (at Utah State and then Utah Valley), Krantz has quite a matter-of-fact and balanced outlook.
“What I’m doing is always what I hoped I’d be doing,” Krantz said. “I didn’t want to spend all my time doing design.”
To be sure, handling customer feedback and interacting with customers is as important to Krantz as ensuring quality in his product line, which he anticipates will expand. “In terms of new products, I listen to what customers would like to see and problems that could be solved. I’m working on some new products for loggers and arborists that just like the sharpener are an improvement over existing devices.” he said.
Krantz is a native of Idaho Falls, Idaho, where his business is based. Idaho Falls is a town of 55,000 residents in the southeast part of the Gem State. It is the seat of Bonneville County.
With the Timberline Chainsaw Sharpener business just entering its third year, Krantz is a busy entrepreneur. He does find time for several recreational pursuits, however.
“I’m kind of an adventure guy,” said Krantz. “I spend a lot of time outside – anything with an adrenalin rush.” The “anything” includes mountain biking, dirt biking and skiing in winter.